Mercan Group is one of the largest and most successful professional immigration consulting companies in Canada. Established in 1989 by Jerry Morgan (ICCRC # R415983), Mercan Capital Ltd. has become a leader in the field of immigration, and developed a reputation for integrity, honesty and efficiency. The Mercan Group of companies consists of five companies, each specializing in sectors of immigration, investment, and, student and foreign worker recruitment.

It has its head office in Montreal, Canada with regional offices across Canada, throughout Asia, Middle East, Europe, Africa and United States. With almost 30 years of experience in immigration, investment and recruitment consulting, MercanGroup has built an international network of offices in Canada, China, Philippines, India, Bangladesh, Vietnam, United Arab Emirates, and the United States, as well as agent offices in over 30 countries.

Mercan has helped bring more than 40,000 foreign immigrants to Canada of various origins. Moreover, through our recruitment companies, we brought almost 10,000 foreign workers in Canada, USA, the Middle East, Malaysia and the Caribbean islands. Lastly, under the investor immigrants category, Mercan has raised over $500 million in foreign investment capital in Canada and USA.

OUR MISSION AND VISION

PRESIDENT AND CEO OF MERCAN GROUP

MESSAGE OF THE PRESIDENT 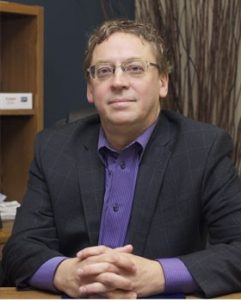 Jerome Philip Morgan is the Founder, President and CEO of Mercan Group of Companies; one of the largest and the most credible immigration consulting companies in North America. Established in 1989, under his leadership, Mercan has grown to be the pioneer and leader in Investment- Employment- Immigration ﬁeld and the the brand name crosses the oceans and reach more than 20 nations and 4 continents.Under Investment category, Mercan has brought over 2,000 investors and their family members going to Canada, EU and USA. Under Skilled workers and Temporary Work Permit, Mercan has helped more than 45,000 migrants to Canada and USA.

Mr. Jerry is also the Co-Managing Partner of AII Funds, an US dedicated investment fund to cater the EB-5 developments in US. AII Funds has been responsible for nearly 2 billion USD of developments in the USA. To date, over 40 projects (hotels, casino, medical facilities, and senior livings) are in various stages of development and operations across many states in America.In 2016, Jerry holds a position as the Managing Partner of Synallagmatic S.A and Referencia Arrojada S.A, a pioneer and leading company in Portugal Golden Visa program with various rehabilitation projects within the Unesco World Herritage downtown area of Porto City.

“The most important thing when you involve in immigration business, no matter what category it Is, is you are actually helping people. Our company trying to be ﬁrst and foremost honest and give people a clear picture that they can do or not. In Mercan, We practice honesty ﬁrst.”

Curently, he is registered menber of the Immigratione Consultants of Canada Regulatory Council (ICCRC) 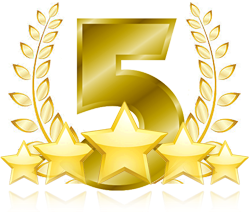 For every project, safety and clear return of fund policy is what we pursue.

Mercadia lawyers have over 26 years of experience in immigration industry.

Mercadia guarantees our customers’ success, since we know that your success is our success.

Mercadia has 30 years of experience in immigration, investment and recruitment consulting and 26 years in EB-5 industry.

Mercadia provides the best and highest standard of service to our valued customers, who are greatest assets to us.